View our response to COVID-19 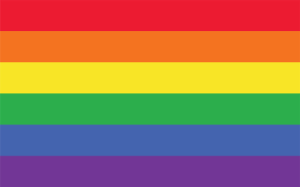 Aged care provider Oryx Communities has been evaluating the opportunity to design, construct and operate a contemporary aged care facility in Nedlands since 2015 in an area of the suburb with a long history of aged care, and which the City of Nedlands has identified for the continuation and expansion of aged care facilities to meet future demand for these essential services locally.

The City of Nedlands (19.7%) has a higher than average proportion of population over 65 compared to Australian average (14%) and it is a similar story in surrounding local government areas.

Oryx’s proposed facility, which is subject to a Development Approval application lodged on 11 June 2020 with City of Nedlands, would provide 90 aged care accommodation rooms and suites across four existing lots at 73 and 75 Doonan Road and 16 and 18 Betty Street Nedlands, owned by entities controlled by Oryx.

Oryx has been in discussion with the City of Nedlands and neighbouring Lisle Villages for 5 years regarding the possible upgrade of the sites identified above.

Over this period, Oryx and its consultants have conducted community consultation including directly with adjoining residents and more generally with the wider community, including Lisle Village residents, through various media including community information sessions.

A basic timeline of key events that provided opportunities for members of the community to input into the process is summarised below. Please refer to the websites of WAPC and City of Nedlands for information on their respective processes.

30 April 2016
Oryx Community Open Day held at Mason Gardens to establish community support for aged care services in this location. All 6009 residents received an invitation to attend this event via a letterbox drop and an Information Booklet was distributed.

28 November 2017
The City of Nedlands Council resolved to sell 75 Doonan Road to Oryx for the reasons that the sale will provide: above market value for the land; proceeds will assist Council’s funding of future strategic projects; allow development of a vacant piece of land for community benefit; and facilitate the proposed establishment of a new high care facility within the City of Nedlands.

20 June 2018
75 Doonan Road settlement for disposal of property by City of Nedlands in accordance with requirements of Local Government Act and following completion of statutory processes.

16 April 2019
City of Nedlands Local Planning Scheme No. 3 gazetted, following an extensive community consultation process carried out by the City of Nedlands and State Government.

11 June 2020
Development Approval application lodged by Oryx with City of Nedlands and Joint Development Approval Panel (JDAP). Oryx recommenced its own consultation process to conduct one-on-one and group meetings with local residents and members of the community (including Lisle Village residents) wishing to engage directly on the proposal. An updated Information Booklet was distributed; and

26 June 2020
City of Nedlands’ opens the 21-day statutory public advertising and submission period for the Development Approval including publication of FAQs.

The processes identified above have been widely reported in the local press from time to time.

Following the Oryx-instigated community consultation process in 2016, The City of Nedlands has publicly advertised and requested submissions from stakeholders at each and every stage of the progression of the proposal from land sale to assessment of the Development Application. Residents were advised of the Local Planning Scheme review via the Local Government and State Government standard processes and associated press coverage, and had the opportunity to determine if proposed planning changes were likely to affect them.

The community continues to have the opportunity to make comment on the proposal through Oryx’s ongoing consultation process or directly make a submission on the Development Approval to the City of Nedlands during the public advertising period.

Oryx Communities continues to advocate on behalf of the frail and elderly residents in our community, to ensure they can receive the care and accommodation they deserve in their local area. Oryx’s proposed facility will be configured to allow flexibility in catering for aged residents with a diverse range of care requirements across the full spectrum from low care assistance and support to high care needs.

The 21-day public advertising and submission period under the Development Application approval process commenced on Friday 26 June 2020 and remains open until 18 July 2020. Due to value of the proposal, the approval of the DA will also be considered by the Joint Development Assessment Panel (State Government).

Oryx’s Development Approval submission does not include the adjacent Lisle Villages Retirement Village, or the vacant Nursing Home that was closed in 2012. It is important to note that Oryx’s proposal seeks to reinstate aged care services in a locality that, prior to 2012, were operated from the old Nursing Home from the 1970s for the benefit of the elderly citizens of Nedlands. Since the old Nursing Home closed, elderly residents of Nedlands have been forced to move out of their local area to access residential care.

Oryx and Lisle Villages did previously investigate renovating the old Nursing Home, and while this proposal was broadly advertised, it is no longer part of the current proposal. However, the entire Lisle Villages site, along with Oryx’s adjacent land, are all covered by the Local Planning Scheme and Local Planning Policy for Aged Care Facilities adopted by the City of Nedlands in April.

There is adequate parking in the basement, together with onsite laundry and catering facilities. It is proposed that the top level be significantly setback from the adjoining streets by an additional 6.9 metres over the 2 metre minimum setback required. The design also improves on the minimum requirements in relation to side setbacks, which ensures overshadowing and overlooking is effectively addressed. Particular attention has been paid to landscaping including mature tree planting in deep rooted locations.

The proposal complies with Nedlands LPS No.3

Oryx’s proposal is compliant with the provisions of the City of Nedlands’ Local Planning Scheme No. 3 (LPS3). The site has been allocated an ‘Additional Use’ of ‘Residential Aged Care Facility’ under Table 4 of LPS3. The Local Planning Policy – Residential Aged Care Facilities, which was approved by the City of Nedlands in April 2020, guides the built form of the Development Application.

The proposed building is four (4) storeys high. The building comprises four floors of accommodation over a basement parking level excavated into the hill. The fourth level of accommodation (including landscaping and plant) has been designed to present as a roof. This has been achieved by the fourth floor being further set back from the boundary and through the use of roofing materials as cladding.

At the initial community consultation in April 2016, Oryx described an indicative building concept, which did not proceed to design stage or to a Development Approval application. This concept included a plan for a building to comprise two (2) floors of accommodation over a basement parking level excavated into the hill, with some gardens, additional accommodation and plant to be included on the roof or in the attic space. This concept would have complied with the then-applicable maximum Standard Building Height as per the now superseded City of Nedlands Policy of 10 metres.

Following a lengthy process as outlined above, the City of Nedlands Local Planning Scheme subsequently changed, and the modification to Oryx’s design is a function of the change to the Local Planning Scheme. The quantum of change between the two proposals equates to one (1) additional level of accommodation. This additional floor level is the main change to the current proposal from the earlier indicative concept, and has arisen from the new City of Nedlands Local Planning Policy which defines the nature of Aged Care Facilities in Nedlands.

The proposal complies with applicable parking and traffic guidelines

The old Melvista Nursing Home operated is this location from the 1970’s until 2012 with only two (2) on site car bays. Current planning regulations require 23 on site car bays for this proposal, and 26 bays are proposed to be provided in the underground basement.

See the Oryx difference for yourself.
Book a tour of one of our beautiful residences today. 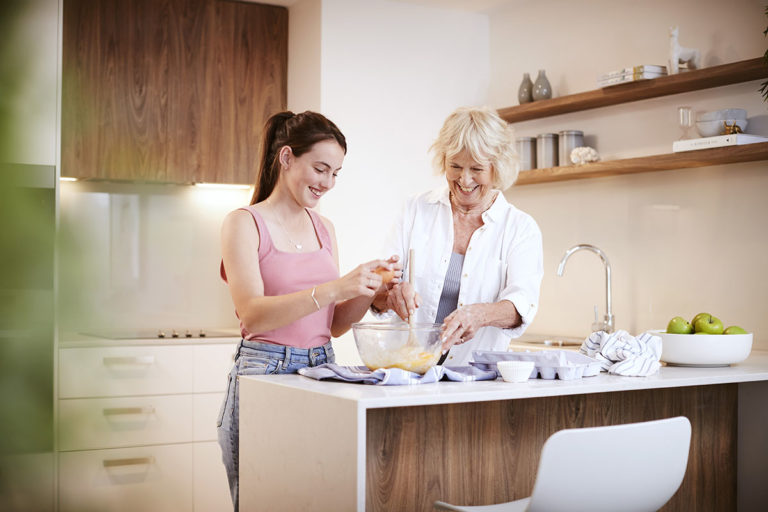